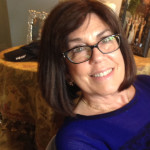 I grew up in Plainview, New York, where I attended the same elementary, junior high and high schools as Ricky Schneider.  I was always interested in medicine and planned to become a doctor. After two years of liberal arts at the State University of NY at Stony Brook, I revised my plans and transferred to Downstate College of Nursing where I received my BSN. Following graduation, I worked as a staff nurse at the Hospital of the University of Pennsylvania and then became a full-time graduate student, earning a master’s degree in Med-Surg Clinical Nursing at the University of Pennsylvania. Ricky and I married in 1976 and wherever he went, I went. I was a Clinical Specialist in Oncology at Yale Hospital and then at NYU Medical Center up until the birth of our first son. In 1980, Ricky began his cardiology fellowship at Duke and I served as Head Nurse of the Duke Hospital Clinical Research Unit and subsequently as an Oncology Nurse Clinician at the Cancer Center. I gave birth to my second son at Durham County Hospital on June 11, 1981 and will always remember leaving the hospital the next day on a pass to attend the much anticipated lobster party at Jess Peter’s farm. Our family left Durham to spend a few years in Bryn Mawr, Pennsylvania and then finally settle in South Florida in 1985. Since my Duke days, I have enjoyed a career that included teaching nursing at a diploma nursing school, working in private industry in disease management and quality management and pursuing cardiovascular clinical research in the academic and private practice settings.  Throughout my 25 years in cardiovascular clinical research, I have worked closely with my husband and through Ricky I have maintained a strong relationship with the DUCCS program.  I look forward to the opportunity to support the organization as the DUCCSinator Representative on the DUCCS Board.